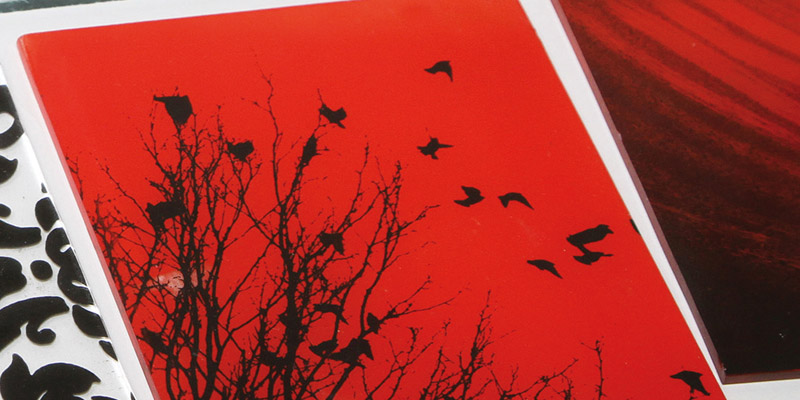 The red in vitreous products is known for its special character. It has always been difficult to make a consistent red glass, those who mastered it tended to keep it secret.

Color Line offers 3 brilliant reds - 125 Carmine, 011 Red and 074 Lacquer Red - which luckily are easy to use and behave much less capriciously than many other red enamels, however, there are few things to note: